The United Nations affiliated World Maritime University (WMU) in Malmo, Sweden has been completed. In collaboration with Kim Utzon Arkitekter we won the project in 2011 after a3-stage internațional competition. This collaboration continued throughout all stages of the project to completion.

In urban terms the building was conceived as a spatial “hinge” that marked a transition point on the street extending from the old town of Malmo to the harbour area where the building is sited.The conception of the building as a “hinge” prompted us to explore a folded plate language for the new building such that it could act as a hinge in the city and also a hinge between itself and the original “Tornhuset”.

The form of the project emerged from a fascination with the roof in the original “Tornhuset” which at first glance looks conventional but is an unexpected formal play based in a simple gable logic which is then embellished in response to the precise geometry of the floor plate below. We adopted a similar strategy, laying out a series of formal alignments with the existing building that were elaborated upon in response to the need for views and also light penetration to the spaces within – all while presenting a largely solid form in elevation.

The cladding material is aluminium sheeting, a simile for the painted metal sheet traditionally used in both Swedish and Australian architecture – an unexpected overlap a between the contexts where the two collaborating practices are based. The colour of the roof sheeting is related to the roof of the original Tornhuset.

Gerard Reinmuth is a Director of TERROIR, an architectural practice which emerged from conversations around the potential for architecture to open up questions of cultural consequence. Research and practice on these questions led to his appointment as Professor in Practice at the University of Technology (UTS) Sydney from 2011 where he is also currently the Masters Course Coordinator.

TERROIR’s work encompasses projects, research and regular contributions to the profession through exhibitions, teaching and writing. The practice held the Creative Directorship of the 2009 National Architecture Conference and Gerard was juror for the 2007 National Architecture Awards. TERROIR projects have been featured in a number of international exhibitions and publications including AV Monographs “20 international emerging architects”, the Phaidon 10×10/3 volume and the Phaidon Atlas of 21st Century Architecture. A monograph on the practice, titled TERROIR: Cosmopolitan Ground was published in 2007. TERROIR have also been featured twice in the Australian Pavilion at the Venice Biennale (2008 and 2010) and were featured in both the Danish and Australian pavilions for the 2012 event. TERROIR have also appeared in and produced exhibitions in Australia, Germany, the United States and Scandinavia. Current projects underway include a 400-student accommodation building covering a whole city block in Hobart, an extension to the old customs house in Malmo, Sweden (as a maritime university for the United Nations) and a range of other projects from small houses to a $400M hospital in central Copenhagen.

Gerard’s current role is split between his Directorship of TERROIR’s Sydney and Copenhagen offices and his Professorial role at UTS. This crossover of practice and research is centred on questions around the agency of the architect in making our cities and the future of the profession in a globalised interconnected world marked by ever increasing flows of capital and expertise and where the traditional conception of the architect are not always valid and have been replaced by new forms of architectural work. 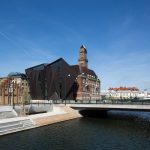 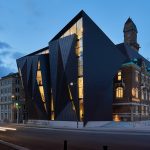 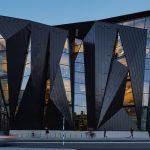 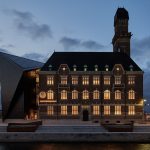 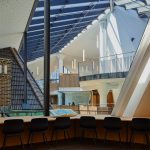 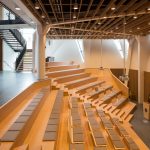